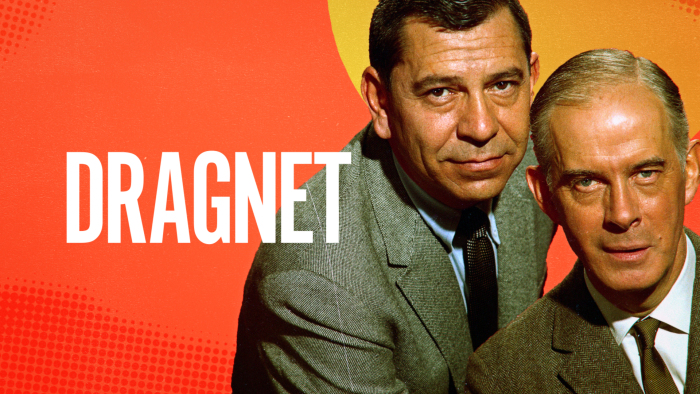 What Happened To The Cast of Dragnet?

Can you name a show that retains its cultural impact seven decades after airing? It is hard to name such a show, let alone more than one. But Dragnet is in that rare air. The American radio series featured dedicated Los Angeles police detective Sergeant Joe Friday and his partners. It took its name from the police term “dragnet”. What happened to the cast of Dragnet?

It remains one of the most famous and influential police procedural drama in media history. Dragnet gave the audience a feel and understanding of the boredom and drudgery, but also the danger of police work. The show earned praise for improving the public opinion of public officers.

And now, after seven decades, elements of Dragnet seem familiar to those who never heard or seen the program. Jack Webb directed and starred in the show. Let’s take a look at what happened to the cast of Dragnet? 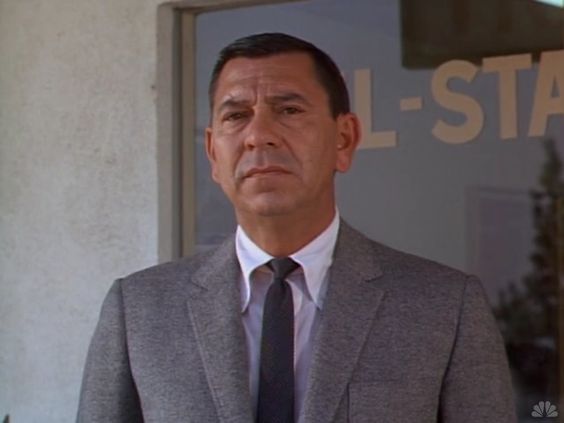 Jack Webb worked as a director, producer, screenwriter, and actor during his career. But his most famous role came with Dragnet. He directed all episodes of the show and starred in them as well. He founded his own production company, Mark VII Limited.

Before Dragnet, he had a featured role in the 1948 movie He Walked by Night. During that movie, he got the idea for Dragnet. The movie had technical assistance provided by Detective Sergeant Marty Wynn of the LA Police Department.

Jack made a name for himself as a stickler for attention to detail. He wanted viewers to get realism. Announcing Dragnet, he said he wanted to show the police as low-key working-class heroes.

Following the end of the show, he took over the spot as executive producer on the ABC detective series 77 Sunset Strip. He completely changed the program and made it more popular. At the same time, he teamed with actor Jeffrey Hunter and founded Apollo Productions. After leaving his position at Warner Bros, he teamed with Universal Television on a new Dragnet series.

But in 1970 he decided to bring an end to Dragnet. Instead, he focused on his production company, Mark VII Limited. The next year, he entered the world of district attorneys with his shows The D.A. and O’Hara, United States Treasury. 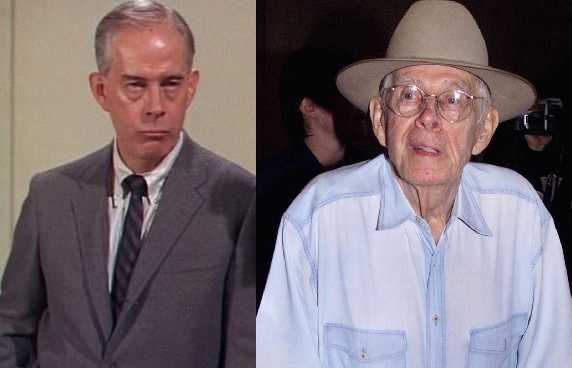 Harry’s career spanned six decades. Before he got the role in Dragnet, he had two major roles in December Bride and Pete and Gladys. And then he got the role of Officer Bill Gannon on Dragnet.

During his career, he appeared in more than 100 movies. For his performance in M*A*S*H, Morgan won an Emmy award.

During his late years, he appeared in Disney movies like The Barefoot Executive, The Cat from Outer Space, The Apple Dumpling Gang, and more. 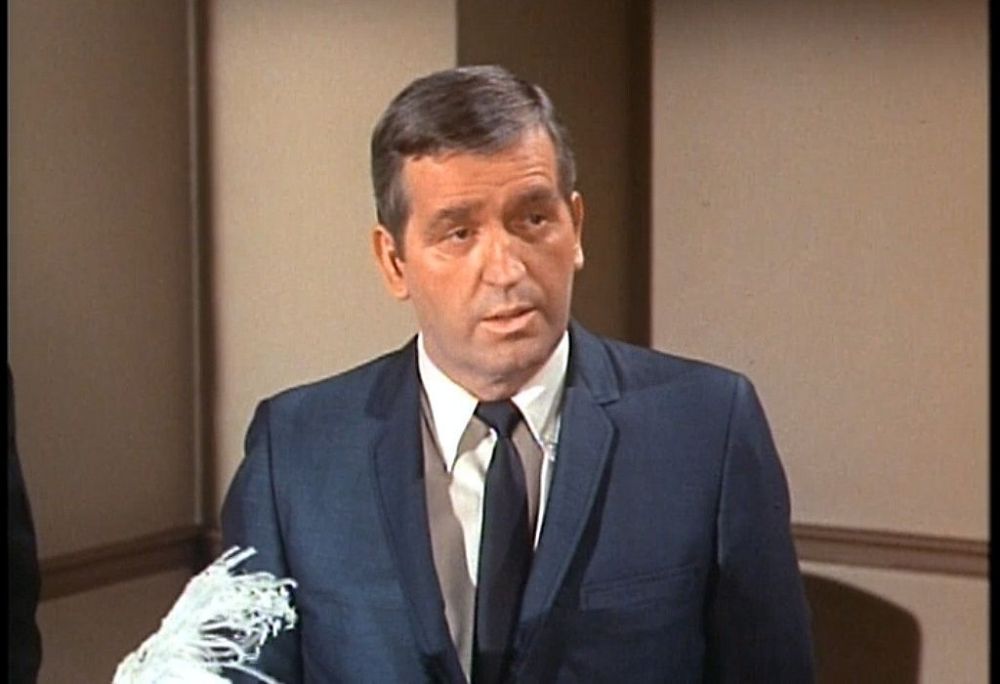 Born in 1920, Ross got famous before joining the cast of Dragnet. His first big role came in 1959 for Anatomy of a Murder. And then he appeared in What Ever Happened to Baby Jane? in 1962. Ross is famous for appearing in two classic films by legendary directors in back to back years. 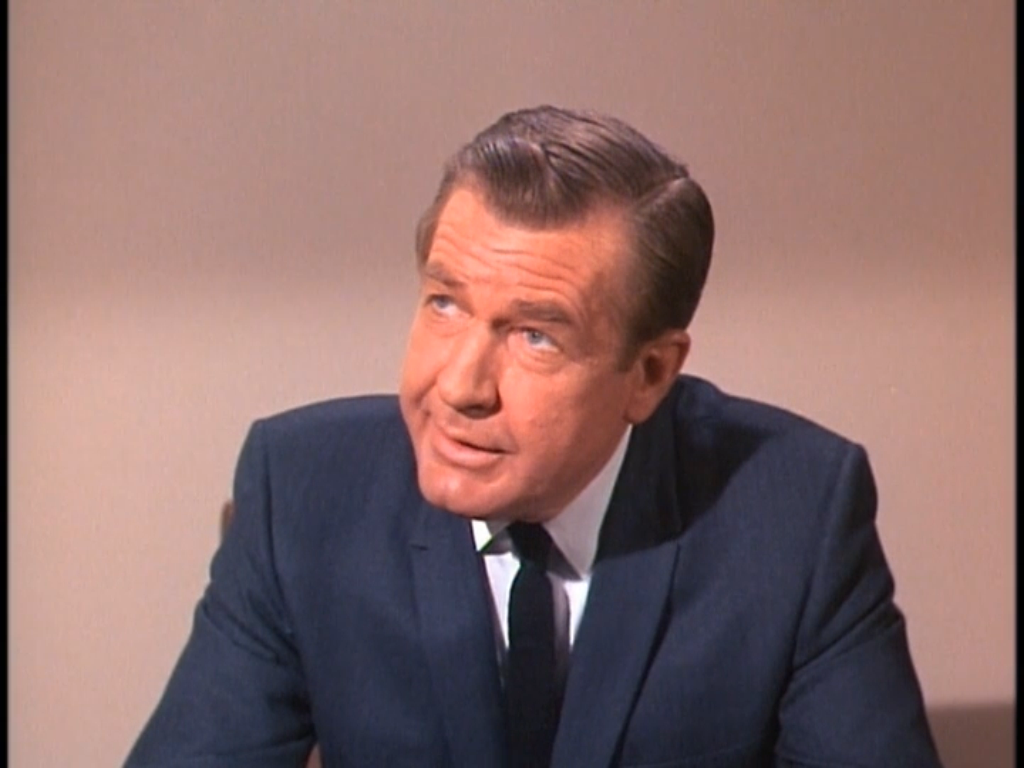 Born in 1918, Clark had a decent career before joining the cast of Dragnet. Some might say he was a veteran actor. Before Dragnet, he had successful appearances in The Adventures of Dr. Fu Manchu in 1956 and The Giant Claw in 1957.

Fun fact: Clark also worked for the California Real Estate Association and helped train real estate professionals. He also worked as a writer and producer of training movies for some California corporations. Because he was a member of Jack Webb’s stock company, Clark got a recurring role in Dragnet.

Following the show, he had a successful appearance in Airport in 1970. During his career, he made a name for playing sobering law enforcement officials, military officials, doctors, and politicos. He retired in the 1980s.

Some of his last projects include 1st & Ten, The Assassin, Obsessions, and Dynasty. 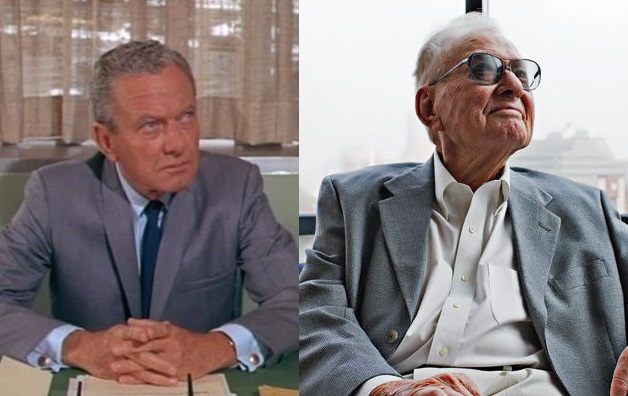 Balinger started his career as a radio announcer. He then transitioned to television as an actor. Following Dragnet, he appeared in the TV series Emergency.

Balinger retired from television after the 1970s. His last memorable role came in the blockbuster The Towering Inferno. 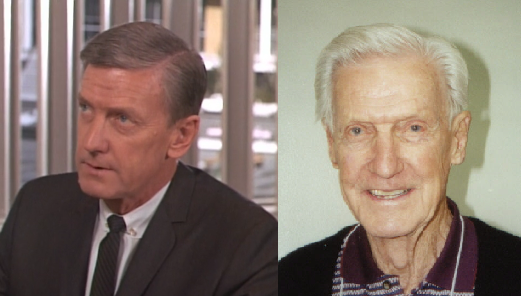 Before joining the cast of Dragnet, Gilmore worked for radio commercials, documentary movies, and children’s records. He attended Washington State University. Following his graduation, he got hired to work as an announcer for Seattle’s KOL radio.

During World War II he served as a fighter-director US Navy officer on an aircraft carrier in the Pacific Ocean. After leaving the Navy, he wanted to work as a singer and returned to Hollywood. He founded Pacific Pioneer Broadcasters in 1966. At the time of his death, he served as a chairman for the organization.

Following his death, the organization presents the Art Gilmore Career Achievement Award four times each year to celebrities making contributions to the broadcasting industry. He died of natural causes in September 2010.