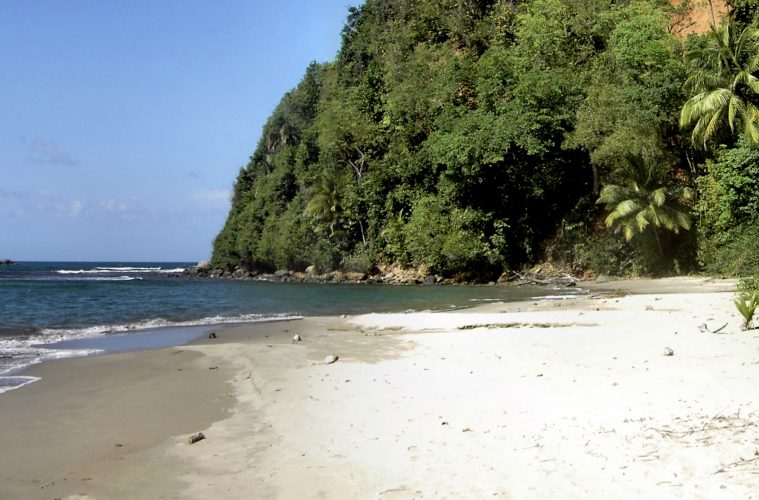 The United Nations World Tourism Organization (UNWTO) has just celebrated the 41st World Tourism Day, which it launched in 1980 to raise awareness about how tourism affects social, cultural, political and economic values. Each year has a different theme, with the most recent being “Tourism for Inclusive Growth”, acknowledging the individuals who make tourism happen and benefit from it.

More broadly though, World Tourism Day looks to promote an eco-friendly future. UNWTO is a “specialized agency for responsible and sustainable tourism” and the sector is a recognized pillar of the UN’s Sustainable Development Goals.

In honour of World Tourism Day 2021, here are three countries doing more than most to put the planet first through their tourism industries, truly channelling the ethos of the day all year round.

Back in 2017, the Prime Minister of Dominica, Roosevelt Skerrit, made headlines after declaring that he wanted the country to become the world’s first climate-resilient nation by 2030 after the devastation caused by Hurricane Maria. The plan is not just about constructing hurricane-resistant buildings, however, but creating an economy that’s impervious to the effects of major storms, which naturally involves making the island more sustainable. Measures introduced include the building of a geothermal plant to help power Dominica, banning common plastics to protect wildlife, and the launching of the Dominica Coffee Revitalization Initiative to create an “ecologically, culturally and economically beneficial sector”.

This drive towards sustainability has naturally filtered through to Dominica’s burgeoning tourism industry itself, with the sector bringing in plenty of green initiatives. For example, the government has promoted ecotourism activities like coastal surveys and gardening, while a huge number of eco-resorts have been built, re-built or expanded in recent years following Hurricane Maria. This includes the Rosalie Bay Resort, Sanctuary Rainforest Eco Resort & Spa, and Secret Bay, which incorporate features such as sustainably, locally-built villas and solar-powered suites.

All of this has largely been achieved through funding from Dominica’s Citizenship by Investment Programme, which accounts for over half of the government’s revenue. This gives non-Dominicans the opportunity to obtain citizenship status through a contribution of at least $200,000 towards government-approved projects.

Named the ‘UN Champion of the Earth’ in 2019 for its pioneering role in fighting climate change, Costa Rica is a shining example of how to put the planet first. Similar to Dominica, the Central American state has set an ambitious future target, as the country looks to decarbonize its economy by 2050 in line with the Paris Climate Agreement and the UN’s Sustainable Development Goals. It aims to do so through actions like reversing deforestation, expanding renewable energy efforts, and promoting the use of bicycles.

Needless to say, Costa Rica’s tourism industry has sustainability at its forefront, spearheaded by The Costa Rican Tourism Institute’s country-wide Certification for Sustainable Tourism (CST) scheme. This certification programme educates companies in the sector on how to use natural and cultural resources in the best way. With an official CST mark to their names, companies find it much easier to attract those looking for eco-friendly tourism experiences, so it’s no wonder the country has over 400 sustainably certified businesses as of 2021.

Take the locally owned Arenal Observatory Lodge & Spa, for instance, which helps to preserve 270 acres of natural forest and 400 acres of reforestation areas. While in an effort to reduce pollution, the Manuel Antonio National Park limits the number of visitors a day to 600 on weekdays, 800 on weekends and holidays, and completely shuts the park once a week.

Another country with a strong commitment towards sustainability is New Zealand. Back in 2019, its parliament passed climate legislation committing to reduce carbon emissions to zero by 2050 and meet its commitments under the Paris Climate Agreement. According to The Guardian: “The legislation [was] applauded by environment groups around the globe, who said New Zealand was leading the world in its pragmatic and levelled approach to climate change.” This is just the tip of the iceberg regarding the country’s climate commitments. New Zealand also introduced a range of other measures. For instance, they’ve become the world’s first nation to mandate financial firms to report on the effects of climate change and launched the He Waka Eke Noa programme to empower farmers with everything they need to be sustainable.

In terms of tourism, they have introduced The New Zealand Tourism Sustainability Commitment. This aims to ensure that every New Zealand tourism business is dedicated to sustainability by 2025, with a set of 12 commitments they must work towards. These include everything from having eco-friendly supply chains and eliminating waste, to protecting nature and reducing their carbon footprint. As well as the sustainability commitment, New Zealand has also promoted eco-tourism through activities such as farm visits, bird watching and cave tours.