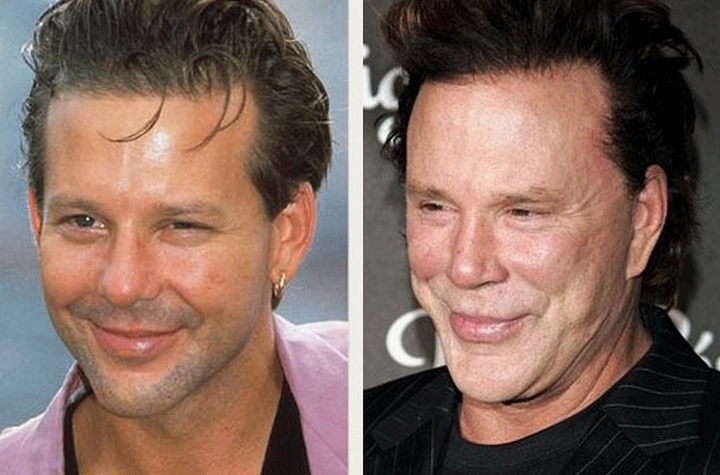 For some stars, going under the knife yielded awful results. And the worst part is the price they paid. Sometimes, you can spend over $1 million, and still don’t get the results you want. Therefore, it’s definitely worth careful consideration before you start weighing up a breast lift vs implants, or if a nose job is the best route for you. Anyway, back to some of the less fortunate choices made by others. Let’s take a look. 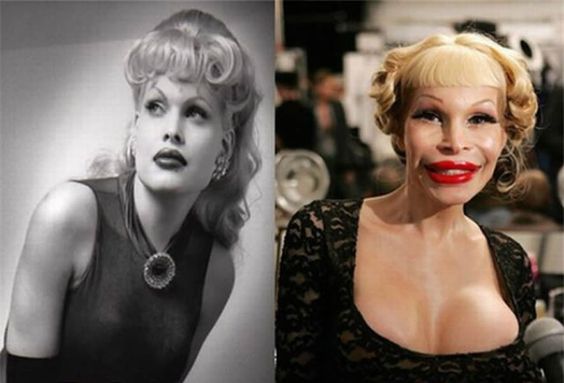 The 50-plus transgender model and recording artist is famous for her plastic surgeries. She went under the knife a number of times. In most cases, she wants to get an anti-aging treatment.

Amanda is now an American model and a performance artist. She appeared in a lot of advertising campaigns for different companies. Many recognize her as the subject of David LaChapelle’s work. She serves as his muse.

But Amanda appears in photos for other photographers as well, for example, Terry Richardson and Ruben van Schalm.

In 2011, she released her debut studio album. And she has a couple of more singles as well.

We all love Axl Rose and his musical talent. But his talent for choosing the right plastic surgery? Not so much. The American musician and singer is an icon in the world of music. He served as the lead vocalist and lyricist of the band Guns N’ Roses for many years. He is the only constant member since the inception of the band.

We do not know the reason for his plastic surgery, but we can say for sure he could have gotten a better one. He got cheek implants and a facelift. But the end result is worse than the initial look. 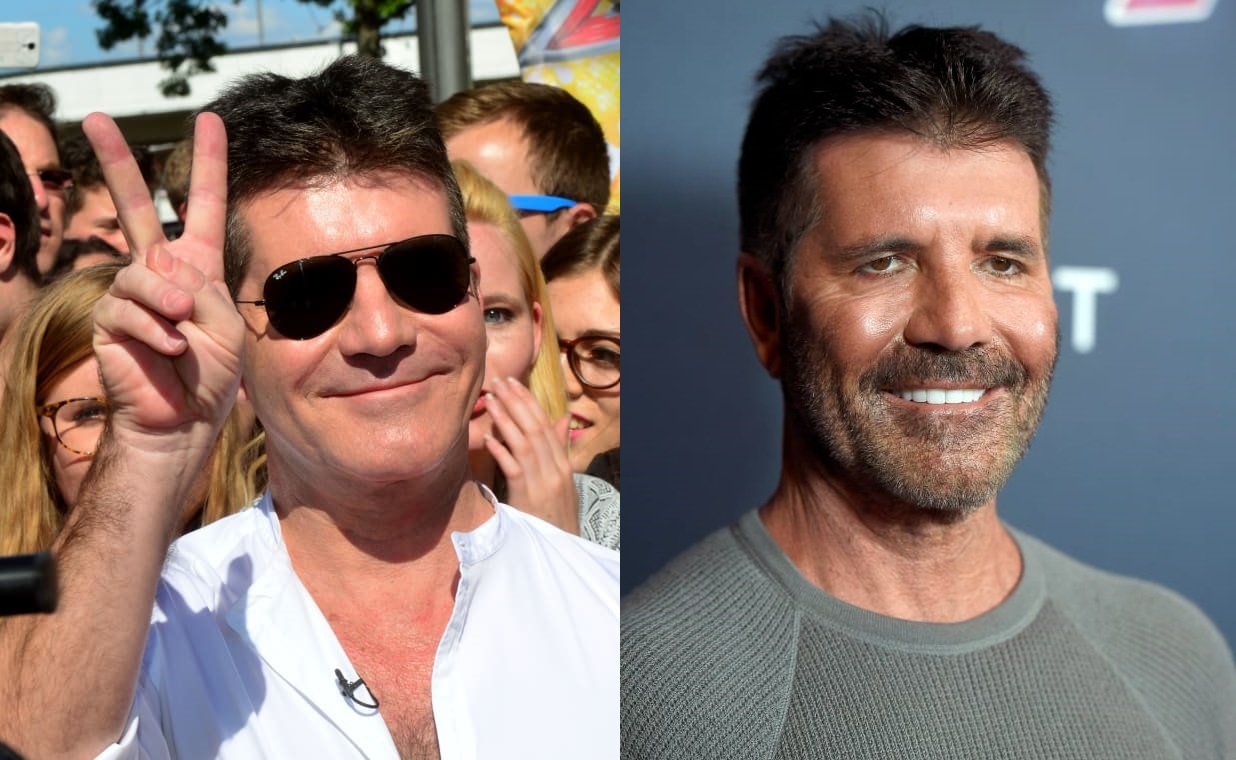 Some critics said that Simon’s new face is “shocking to the point the surgeon probably did the surgery in the dark”. Simon’s plastic surgery is a whole new level of worst plastic surgery. His face looks like his nose is juggling his eyes.

But when you are the face of a talent show, you always have to try to look better. Simon tried it but got it wrong. Who can blame him? 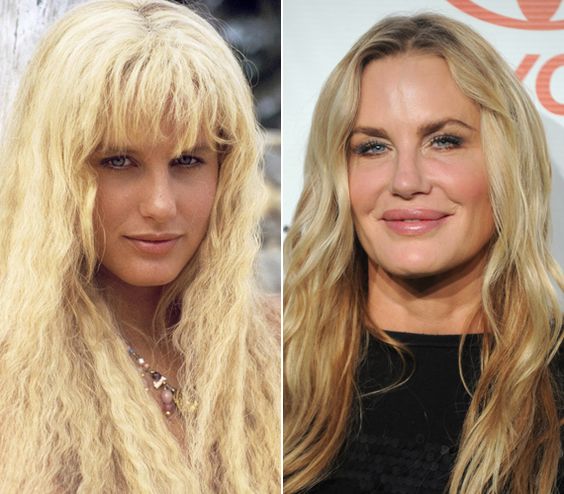 Daryl Hannah is an American actress. She made her debut in the supernatural horror movie The Fury in 1978. Since then, she has starred in a number of movies, including Blade Runner, the signature Ridley Scott’s movie. But most fans recognize her for the work in the fantasy-romantic comedy Splash in 1984.

Some of her other movie projects include Summer Lovers, Roxanne, Wall Street, and much more.

But take a look at her lips and cheeks. They sure do look fuller, right? 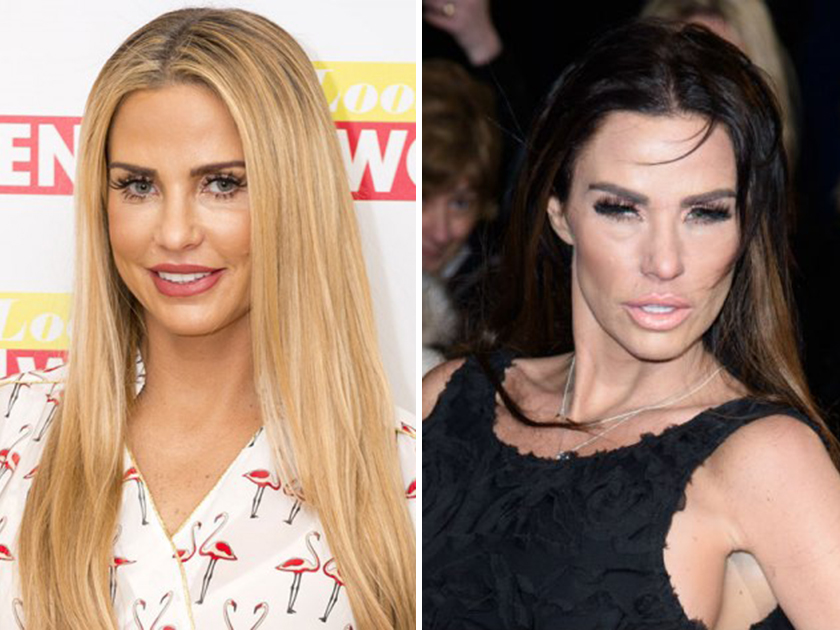 Katie is the queen of plastic surgery. And every now and then, she gets the worst plastic surgery. Famous as one of the most recognizable celebrities in Britain, Katie went in and out of the surgeon’s office a couple of times.

Yet, she still doesn’t have the results she wanted. And the photographers managed to capture her disasters. In one image, she struggles to open her eyes. Sometimes, you have to hit the pause/stop button on plastic surgeries. 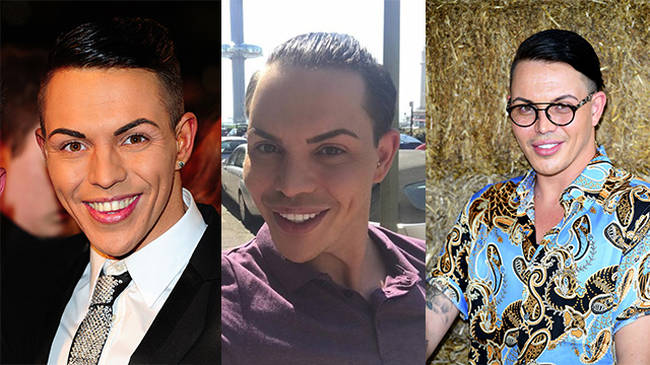 Speaking of an abundance of plastic surgeries, we have to mention Bobby Norris. The English television personality got popular with his appearance on the ITVBe reality series, “The Only Way is Essex”.

He went under a couple of increasingly bizarre transformations. Even his friends say he went too far. Bobby always debuts his new looks on Instagram. 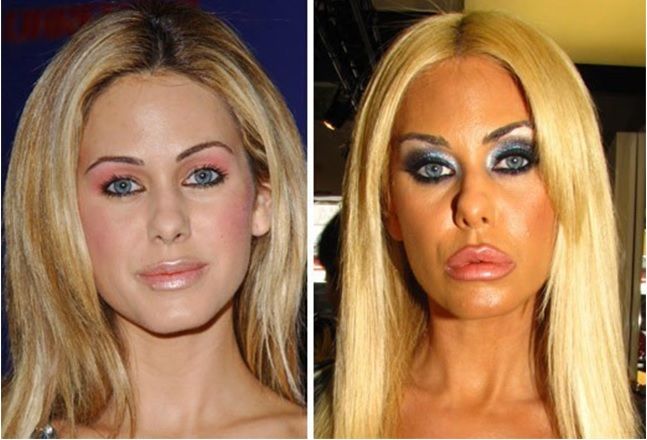 Shauna Sand is an American actress and former Playboy Magazine’s Playmate of the Month. She got that title for the May 1996 issue.

Shauna started her modeling career at the age of 9. And she got the brains to go with the body as well. During a time off from modeling, she went to Paris and got a Bachelor of Arts degree in international business administration.

She started her acting career with a guest performance on Renegade and then appeared in shows like Charmed and movies like The Deviants.

Speaking about her plastic surgery, take a look at her lips. Her lip injections completely changed the appearance of her face. 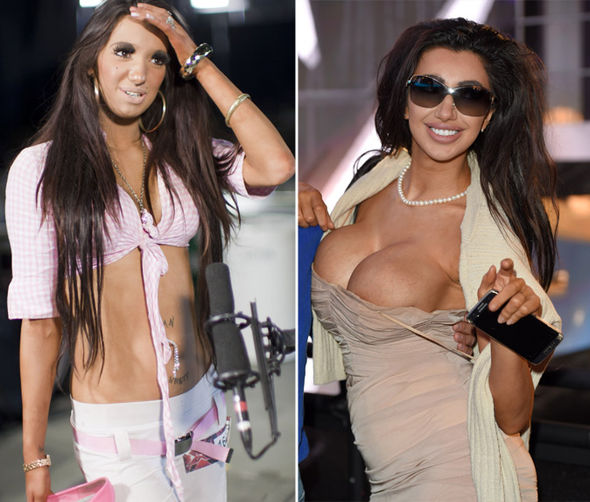 When you say you cannot breathe through your nose, chances are you had the worst plastic surgery experience. Chloe is a former Playboy model, X-Factor Reject, and a Celebrity Big Brother star.

She got famous for plastic surgeries. Yes, that is right, you can get famous by going under the knife. In 2017, she did a nose job and complained she cannot breathe.

She had so much pain, she went on Instagram, explained everything, and then found a new surgeon in Ukraine. And she flew there for another procedure to fix the previous mistake.

When it comes to celebrities admitting their plastic surgery mistakes, not a lot of them are open to talking. But Mickey is one of the few actors that openly admits his cosmetic surgeries. And he went under the knife for a practical reason.

Starting his career in the teenage years as a boxer, Mickey took a lot of beating. He even suffered a couple of concussions in boxing matches.

So, when he started his acting career, Mickey wanted to “beautify” his face. But he admits he went to the wrong guy to fix his boxing injuries back in the 1990s. 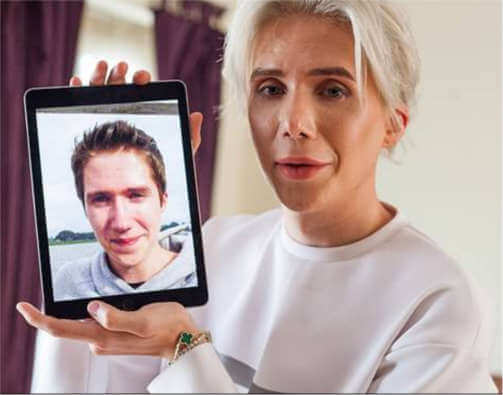 We said before that some people get famous thanks to their plastic surgeries. Sometimes the surgeries go well, but sometimes, they go wrong.

And when you go under the knife more than 15 times, you are bound for a mistake or two. Oli London had a goal. He wanted to look like a Korean. And that is why he had more than 15 plastic surgeries. For his surgeries, he spent more than $100,000.

And in 2002, he admitted that deep down, he feels sad about himself.