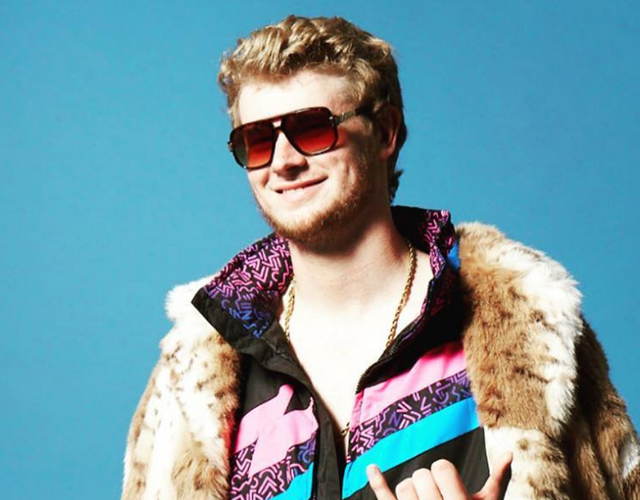 Yung Gravy is born in 1996. He is a young American rapper, singer, and songwriter. His real name is Matthew Raymond Hauri, but we know him as Yung Gravy. His most famous songs include Alley Oop, Mr. Clean, and 1 Thot 2 Thot Red Thot Blue Thot. Since 2017, he went on two North American tours. So, how much is Yung Gravy net worth?

Let’s check some of his achievements, successes, and how he earned his money. So far, Matthew released four EPs, one mixtape, and two albums. He signed with Republic Records. So far, Yung Gravy net worth is $2 million.

The smooth rapper achieved viral success in the late 2010s. His self-made style blended trap music and samples from retro styles. For example, he included samples like doo wop and 50s pop in his songs. The rap singer is famous for his sunglasses. Often, they feature a cool frame and stylish gradient lenses.

He released his best mixtape in 2016. But Yung Gravy’s career started way sooner. He began rapping while he was in college. He rapped for fun at camps, parties, and other events. His friends often invited him to rap at parties and events. Yung Gravy took his rapping career seriously in junior year. The rise of rappers such as Ugly God inspired him.

In 2016, the rapper quit his daily job and focused on his career. He spent months recording songs. He released his best ever single Mr. Clean in 2016. The single was an instant hit and an internet sensation. The single is from the Mr. Clean mixtape, his most successful one to date. The same year, he released his self-made mixtape, Thanksgiving’s Eve.

After that, he released singles like Yung Gravity and Baby Gravy in 2017. But they were not as successful. In 2018, he released the EP Snog Cougar under the Republic Records label. The same year, he went on two consecutive tours of North America. Ugly God, the artist that inspired him, joined him on the tour.

By the end of 2018, Yung Gravy released the single 1 Thot 2 Thot Red Thot Blue Thot. The song was unique in a way it used sounds and retro beats.

Yung Gravy is still young, but he already earns a lot of money. Most of that comes from his touring. Yung Gravy net worth is $2 million as of May 2020.

Matthew managed to bring back the soul and oldies movement styles of the 1950s and 1960s in his rapping. He uses lyrics that are borderline nonsensical to ludicrous. And that is what sets him apart.

Yung’s music is a combination of modern trap music and themes inspired by the soul movements of the 1950s and 1960s. For example, the hit single Mr. Clean uses a sample from the 1954 popular song Mr. Sandman.

Most rappers are celebrities. We know everything about them. But Yung Gravy tries to keep his personal and love life private. We know he had one relationship before.

At the moment, he is not in a relationship. And to be fair, it is hard to keep track of flings, hookups, and breakups.

His close circle of friends includes Stars bbno$, Englewood, and Jason Rich. In his interviews, Yung says his lyrics appeal to the middle-aged audience.

In 2018, he uploaded a picture to social media with Brandi Love. He wrote, “I’ve been keeping this under wraps for a while, but I thought today was a good day to reveal that I’m an engaged man”. Of course, that was only a joke.

Yung Gravy net worth is more than $2 million. But he is at risk of losing money due to legal issues. His name appears in the news for the wrong reasons. He once got arrested at a house party in Georgia. Matthew was a student then. He got probation and subjected to 240 hours of community service.

He still gets in the news for problems. But hey, even bad publicity is good publicity sometimes. For Yung, it is important to be popular.