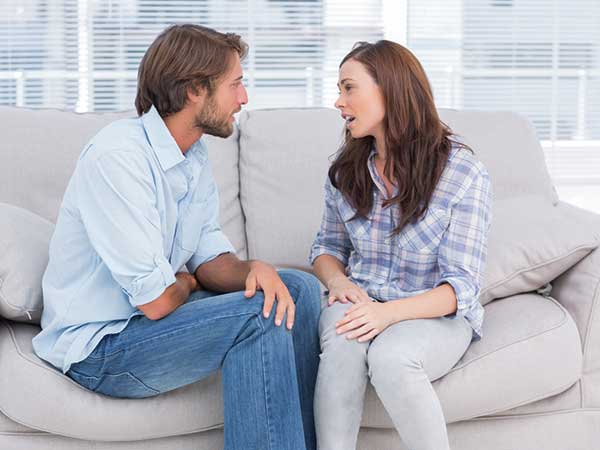 That old 1960s ditty was right, breaking up is hard to do. That’s probably why rebound relationships are so common. True, finding a new love interest can be a great distraction and even minimize some of the pain of ending a long-term relationship. Still, rebounds are not without their problems. If you’re in the midst of a breakup, consider the following reasons why a rebound relationship may not be the answer.

If your relationship ended due to cheating or other secrets that your partner withheld, it will take time to rebuild your sense of trust. Unfortunately, if you enter into another relationship shortly after your breakup, you are very likely to transfer your feelings of distrust to your new partner – whether they deserve it or not.

On the other side, starting a new tryst quickly after leaving a relationship can make it more difficult for romantic partners to have trust in you. If you end up rekindling your relationship, your partner may have a tough time accepting that you were able to move on so fast, especially if you initiated the breakup.

Rebound relationships can suffer from similar trust issues, as the new partner may wonder if you really care for them, or if you are simply trying to escape your feelings.

While not every rebound relationship is started with bad intentions, new partners often worry about being used for attention, intimacy, or revenge. Not exactly the best conditions to build a healthy trusting relationship.

A lack of boundaries is common in rebound relationships for a straightforward reason. At the beginning of your last relationship, you probably had your guard up as you got to know the other person. After months or years of being in each other’s lives and building an emotional connection, your walls (most likely) started to come down.

Most people maintain this emotional vulnerability even after their long-term relationship comes to an end. This is often what triggers that “whirlwind” phenomenon that often accompanies rebound relationships. You may project feelings of security onto your new partner that they haven’t earned through their actions.

Being too open can put you at risk. For example, people on the rebound may be more susceptible to love-bombing, a manipulation technique that is often used by scammers and controlling personalities to make a romantic connection seem deeper than it actually is.

People coping with intense breakups may also engage in casual sex to ease their heartache. While rebound sex can cause a temporary boost in confidence, having sexual encounters with people you don’t know very well does increase your risk of sexually transmitted infections.

Many people with STIs are asymptomatic. For example, without a gonorrhea test, most people would have no idea they were infected. If you choose to engage in rebound sex, use protection, get tested regularly, and ask your partners to do the same.

Breakups can be especially difficult for people who are afraid of being alone. In a rush to replace their partner, people may find partners that require them to compromise their beliefs and values.

Studies show that rebound relationships are often based on superficial factors, like looks or proximity, rather than true compatibility. This makes it very unlikely that a rebound will progress into anything more serious.

While there’s no harm in dating before you’re 100% healed, you need to check in with yourself and make sure you aren’t compromising yourself simply so you don’t have to spend a Saturday night alone. Revisit your non-negotiables in a relationship and stick to them.

Every relationship can teach you an important lesson, but it takes time for the message to sink in. If you swing from relationship to relationship, you won’t have the mental or emotional space to process your feelings. As a result, you may inadvertently seek out and date the same type of person over and over again.

Emotional unavailability is common amongst people who are often in rebound relationships, as either the rebounder or reboundee. They may have a hard time opening up or committing to their partner. This can create a hot-and-cold dynamic that can result in very toxic patterns, such as poor communication and blaming.