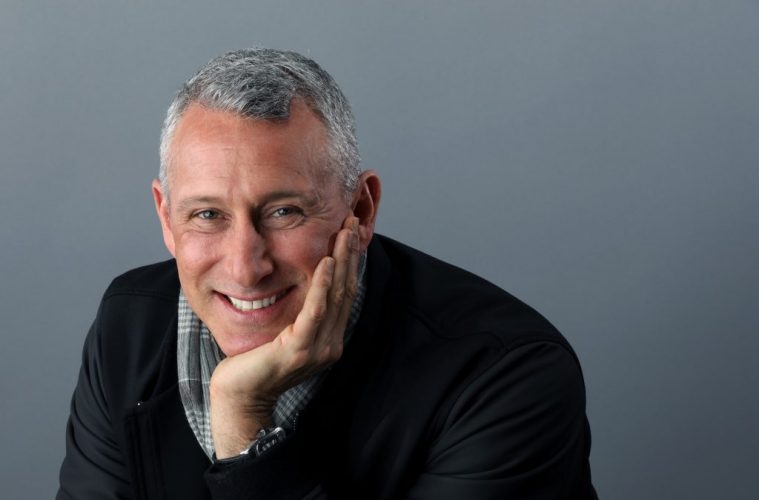 Adam Shankman is an American director, dancer, choreographer, producer, and actor. He is best known for his work on A Walk to Remember (2002), Hairspray (2007), and Rock of Ages (2012). He has also been a judge on the television program So You Think You Can Dance.

Shankman was born on November 27, 1964, in Los Angeles to upper-middle-class Jewish parents. His mother Phylis (née Perper) was a licensed practitioner in Gestalt therapy, and his father Ned was an entertainment lawyer and manager for such acts as Barry White, the American band X, and Sister Sledge. He has a sister named Jennifer, who is four years younger than him. He went to Palisades High School, after which he enrolled in New York’s prestigious Julliard School.

After graduating high school, he was a performing intern and junior company member of the renowned Children’s Theatre Company in Minneapolis. Despite having the option of majoring either in acting or dancing, he chose dancing, even though he had no previous formal training. Nevertheless, his Julliard graduation was never to be, with him dropping out to dance in musical theater. At nineteen he was cast in his first professional show, West Side Story, at the esteemed Michigan Opera Theater.

Shankman then returned to Los Angeles, taking on jobs as a dancer in music videos. He danced in the video for Janet Jackson’s “Alright“, as well as in a Paula Abdul video with MC Skat Kat. His first foray into choreography came in a 1989 music video for rapper MC Shan with director Julien Temple. When the arrangement with the choreographer they had originally hired fell through, Shankman lied and said that he had done choreography for Janet Jackson and Paula Abdul. He was hired on the spot without his story being verified. One of the first videos he choreographed was Whitney Houston’s “I’m Your Baby Tonight“. He has also choreographed videos for The B-52’s, Barry White, Aaron Neville, Chic, and Stevie Wonder.

In 1998 Shankman directed the short film Cosmo’s Tale, which was an official entry and well-received at the Sundance Film Festival in 1997. Three years later he made his feature film directorial debut with The Wedding Planner (2001), starring Jennifer Lopez and Matthew McConaughey. The film did well at the box office, and Shankman next directed Mandy Moore in the romantic drama A Walk to Remember (2002) based on the book by Nicholas Sparks. The film was an instant hit with young audiences. Bringing down the House (2003) starring Steve Martin and Queen Latifah was a crowd pleaser too, grossing over $132 million at the domestic box office. His next movie, The Pacifier (2005) starring Vin Diesel, was also a bona fide hit, grossing over $113 million. His next project was the highly-anticipated big-screen adaptation of the musical Rock of Ages (2012), which Shankman directed, co-produced, and choreographed. The film’s star-studded cast includes Tom Cruise, Russell Brand, Alec Baldwin, Julianne Hough, Diego Boneta, and Catherine Zeta-Jones, to name a few. In June 2017, he directed the pilot for Step Up: High Water, a gritty teen drama series produced by Lionsgate Television and YouTube Red. In 2019 he directed What Men Want, starring Taraji P. Henson.

He was one of the judges of the TV program So You Think You Can Dance for seasons 3 through 10. Shankman has also worked as a co-producer with his sister Jennifer Gibgot, with the two of them owning production company Offspring Entertainment. He was also the producer for Step Up (2006), Step Up 2: The Streets (2008), Step Up 3D (2010), Hairspray (2007), The Last Song (2010), and other films. He was also one of the two producers for the 82nd Academy Awards, airing March 7, 2010. He is currently working as a co-writer for young adult novels with author Laura Lee Sullivan.

With an incredibly diverse career history and portfolio, Adam Shankman has managed to accumulate assets amounting to about $6 million.

Shankman is openly gay and directed the comedy musical short Prop 8 – the Musical, following the passage of Proposition 8 in California banning gay marriage.

He also officiated the wedding of actors Freddie Prinze, Jr. and Sarah Michelle Gellar. Gellar is a good friend of his, with whom he worked while doing the choreography for Buffy the Vampire Slayer. In fact, he was hired for Buffy thanks to Gellar’s recommending him to the show’s creator, Joss Whedon.

At the 1990 Oscars, Shankman danced in the number “Under the Sea“, where he met his best friend (a dancer in the same number), director, and choreographer Anne Fletcher. Exactly 20 years later, he was producer and choreographer at the 82nd Oscars in 2010.