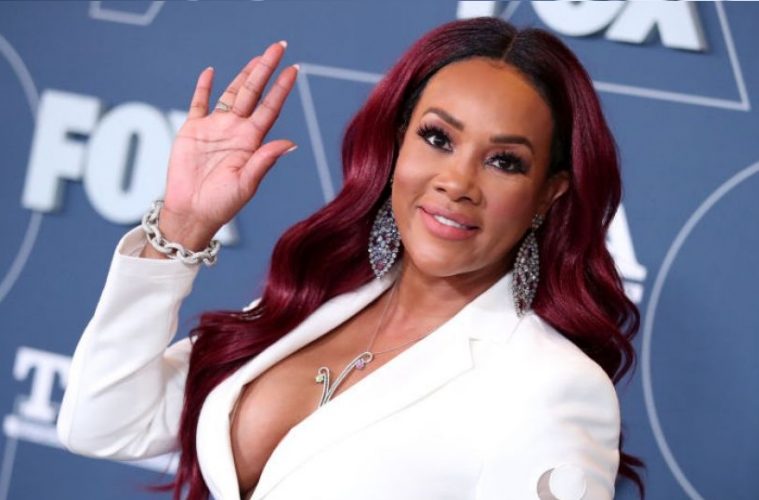 Vivica Fox is one celebrity that has worked very hard in show business to make a name for herself. Since starting her career on Soul Train in 1983, the African-American star has become recognized not only as an influential figure in front of a camera but also behind the camera, producing.

Vivica Fox has also produced many other films and even had different unforgettable roles in entertainment.

Let’s dive into more details about the beautiful and successful actress, producer, and tv host.

Vivica Anjanetta Fox is an African-American born July 30, 1964, in South Bend, Indiana. The youngest of four children, Fox’s mother Everlyena, is a pharmaceutical technician. Her father, William Fox, is a private school dean. In a couple of interviews, Vivica Fox has mentioned that she’s of African American and Native American descent. Her family moved to Benton Harbor, Michigan, soon after her birth, and when she was four, her parents divorced.

Her teenage years were spent in Indianapolis, where she graduated from Arlington High School in 1982. After high school, Fox had her sights set on a performing career. She enrolled part-time at Golden West College in Huntington Beach, California, where she graduated with an AA degree in Social Sciences.

Fox fell in love with singer Christopher “Sixx-Nine” Harvest, and the couple tied the knot in December 1998. The marriage was, however, short-lived as the couple called it quit in 2002.

Shortly after, in 2003, She got into a relationship with the famous New York rapper, actor, and producer, 50 Cent. Fox later got engaged to club promoter Omar “Slim” White, but they ended the ten-month engagement in November 2011. In an interview with Veteran TV personality Oprah Winfrey, Vivica Fox stated that her biggest regret in life was not having children of hers.

Fox was slated to co-host E! ’s Live From the Red Carpet virtual pre-show for the 72nd Primetime Emmy Awards, but after testing positive for COVID-19, she had to give up the opportunity.

Fox has managed to maintain a certain level of privacy from the public eye and has not been the focus of a major Hollywood scandal.

Vivica Fox was already in the labor market at an early age working in a fast-food restaurant, but she still played school sports and sang in the choir. She recounted to People about being star-struck since she was a kid.

“I always knew I was going to perform. As soon as I finished my homework, I would dig into a magazine and read about show business, ” She recalled.

After moving to California after high school, Fox became a dancer on Soul Train, and she also appeared in R&B group Klymaxx’s music video for their hit single, Meeting in the Ladies Room.

While working in a restaurant on Sunset Boulevard, a customer who happened to be a film producer suggested that Fox should contact his agent-friend.

Fox soon started auditioning for roles and started her professional acting career. In 1988, she played Carmen Silva on NBC’s soap opera Days of Our Lives. Her big-screen debut came in a role of a hooker in Oliver Stone’s war film Born on the Fourth of July (1989), which Tom Cruise starred in. Fox was also cast as Emily Franklin in an episode of the ABC comedy series, Living Dolls (a spin-off of Who’s the Boss?). She was, however, replaced with Halle Berry for the remainder of the show. Soon after, Fox was cast for the lead role of Maya Reubens on NBC’s groundbreaking daytime soap opera Generations. The soap opera was the first to focus on an African-American family.

Fox’s career seemed to have kicked off in the early 1990s. She appeared more on prime time television and played guest-starring roles on The Fresh Prince of Bel-Air, 90210, Beverly Hills Family Matters, Matlock, and Martin. In 1992, Fox had a recurring role on the NBC sitcom Out All Night as Patti LaBelle’s fashion designer daughter, Charisse Chamberlain. Fox also appeared on CBS’ The Young and the Restless as Dr. Stephanie Simmons from 1994-1995.

Her parents’ motivation kept her going when she felt like giving up due to uncertainties in getting an acting role.

In 1996, Fox appeared alongside Will Smith in the blockbuster Independence Day. She played his girlfriend. She and Smith received an MTV Movie Award for Best Kiss. Fox was also nominated for a Saturn Award for Best Supporting Actress.

Given her years working in Hollywood as an actress, producer, and television host, Vivica Fox has had a successful career spanning over a decade. The veteran actress has an estimated fortune of over $4 million. Still in business, we can only expect that the star would grow her finances in years to come.

Fox has come a long way from seeking out small roles in the early years of her career. Now over 50 years, the actress doesn’t seem to be showing any signs of taking a bow from the spotlight just yet.

How To Make Yourself Cry – Tips to Burst on the Spot