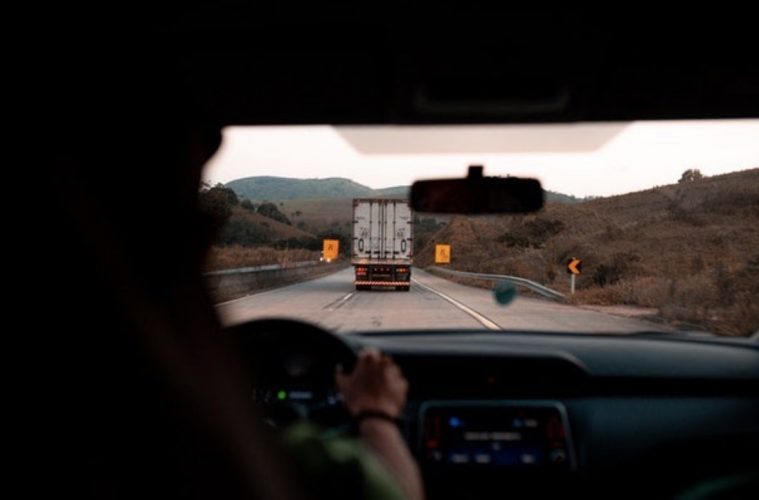 What Are The Annoying Things About Driving?

If you’re a driver, then it’s unlikely that you’d give up your vehicle by choice. There are, after all, so many benefits to having your own set of wheels. Freedom, convenience, and pure fun are what you get in exchange for investing in a car. However, none of us would say that we love everything about driving. There are plenty of annoying elements that sometimes make us wish that we’d just invested in a bike instead.

In this blog, we’re going to run through some of the more frustrating side effects of driving. If we could just get rid of these things, then being on the roads would be a lot more enjoyable…and there’d be less road rage, too!

You might enjoy driving around in your vehicle when you’re trying to get from point A to point B. You probably don’t enjoy driving around just trying to find a parking space. While it’s easy to find space in small towns, if you’ve ever driven into the center of a big city, then you’ll know just how challenging it can be. Sometimes, you think that you’ve found a place…only to discover that it’s illegal to park there. In the end, you end up parking in a space that’s miles away from where you need to be.

You’ll have confidence in your driving abilities. So it can be pretty annoying when the person you’re giving a ride to decides to tell you how they’d be driving if they were behind the wheel. Some people just can’t help themselves! The answer to this annoying problem is to let them know that they’re free to walk if they’re not happy with the way you drive. You’ll likely find that they have a lot less to say after that.

It wouldn’t be so bad if the cost of the car included everything. But alas, that’s not the case. The car can be a vehicle not only to take you to where you want to go but as a vehicle to transfer your money out of your bank account. There are times when the cost of fuel gets so high that we start looking at bike owners with envy. While there’s not much you can do about the cost of fuel, you can work on improving your MPG rate; that’ll ensure that you at least get the most bang for your buck.

One of the most annoying things about driving is when, well, you’re not driving. Is there anything worse than being stuck in bumper to bumper traffic? Not in our book. It’s bad when you’re one mile from your destination; it’s bad when you’re fifty miles from your destination. If you’re regularly running into jams on your commute, then look at taking a different route. There’s usually more than one way to reach a destination.

If you can’t avoid traffic jams, then look at at least making the most of the situation. For instance, you could look at catching up with podcasts, listening to an audiobook, or calling friends. It won’t make you love traffic jams, but they’ll be more tolerable — and the time will likely pass more quickly, too.

Oh, how nice life would be if there were fewer people on the roads. It’s other people, after all, that are responsible for those traffic jams (you’re exempt). Another way that other people frustrate on the roads is when they commit a driving error, either intentionally or not. Bad drivers rightly have a bad reputation because their actions put people’s lives in danger. The small things that other people do can be frustrating, too. For example, when someone cuts in because they need to turn left and don’t say thank you? It costs nothing to say thanks!

The best solution is to let it go straight away. Once they’re out of view, any anger that you feel towards them will only have one target — yourself.

Your car is tough, but it’s not invincible — and it also has some weak points. Take the tires, for instance. Those rubber wheels are durable, but it doesn’t take all that much for them to have issues. And when you do, you won’t be able to drive your car. You can reduce the chances of something going wrong by keeping your tires inflated to the right level and avoiding any obviously difficult terrain.

Even if you do those things, however, it’s always possible that you’ll get a flat. You can do yourself a big favor by learning how to change a tire. You can call someone else to do the job for you, but that’ll cost money and time. Do it yourself, and you’ll be on the road in no time.

Of course, it’s one thing to change a tire. It’s another thing to fix problems with the engine and other issues. Unless you have specialist training, then you won’t be able to do them yourself. While it’s good that you can always just take your car to a garage to be repaired, it’s true that it can cost a lot of money. And it’s an expense that gives you nothing other than what you already had — a working vehicle. There are ways that you can keep the costs down, however. First, stay on top of your car’s maintenance. Second, look at getting a vehicle service protection plan. This CarShield review mentions how it can help to save you money on repairs, especially if you have a vehicle that has known problems. You’ll still have to spend some money, but nowhere near as much as you might have to if you have a serious vehicle breakdown.

It’s possible that you have a love/hate relationship with your vehicle. On the one hand, it’s your pride and joy. On the other hand, it’s beginning to feel a little dated. If you’re driving around in an old vehicle, then you might suffer from car envy. In-car technology has really developed in the past few years, and if your car is older than that, then you won’t be able to make the most of everything that the modern driving experience has to offer. It’s sometimes possible to incorporate newer technology into older vehicles, but if it’s not, then you’ll have to settle for buying a new vehicle. 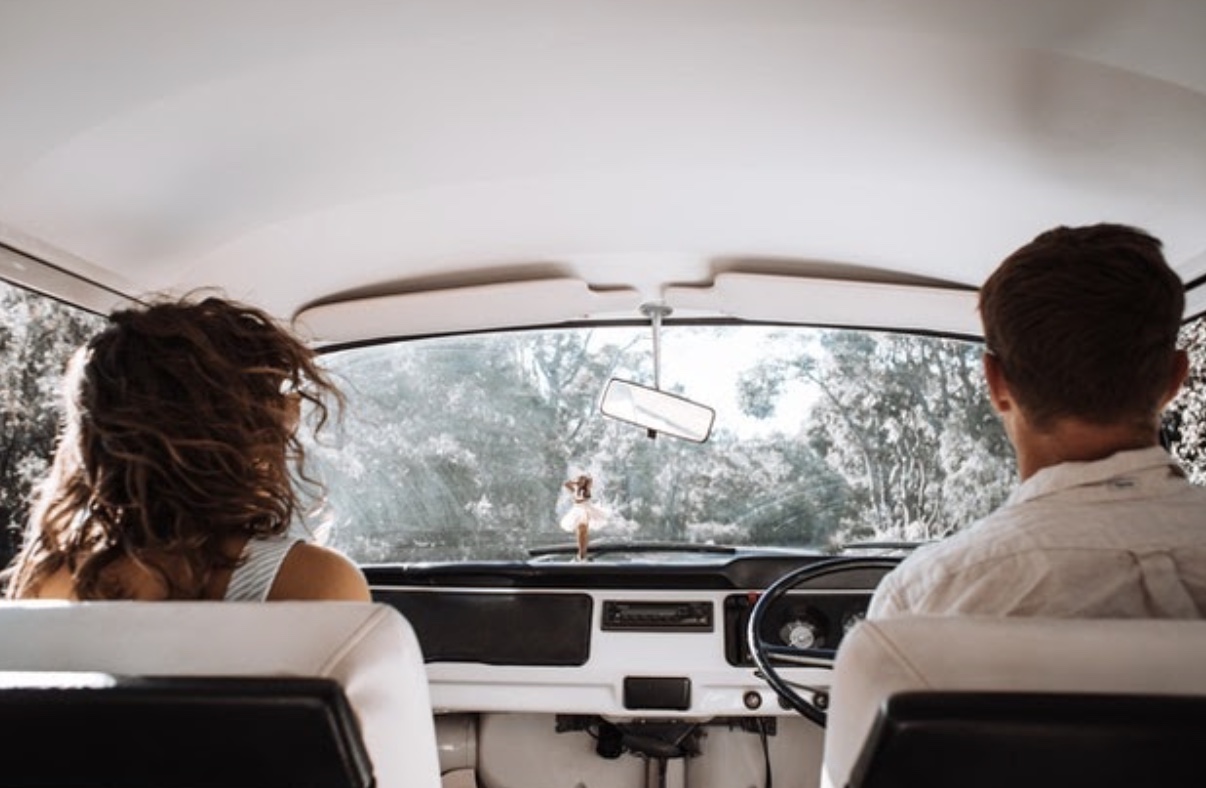 Your car will cost you a lot as it is. The last thing you need is a fine! Sometimes, people are given fines for reasons that we really don’t think is reasonable. Much of it comes down to the mood of the office. Hopefully you caught him or her on a good day!

The roads have to be in good condition if the public can drive safely. But that doesn’t mean that we like when they’re being fixed. We don’t like potholes, sure, but at least we can get to where we want to go! The issue with road works is that it never seems like the workers are in a rush. Of course, there’s nothing you can do about that — you’ll just need to accept that it’s part of being on the roads.

What are the ideal driving conditions? We’d say that a spring evening when you’re driving in the countryside would probably top the list. You can have the windows down and feel the fresh and warm air. What’s the worst? We’d probably say something in winter. It can be pretty tough to spend half an hour getting the ice off your car, only to get behind the wheel and drive when the vehicle is still freezing. There’s no getting around the fact of ice sometimes. But if you have a good vehicle, then you’ll probably be able to warm up your car pretty quickly.

It’s important to do everything in moderation. If you overdo something, then you run the risk of falling out of love with whatever it is. Plenty of couples broke up following the coronavirus pandemic, not because they didn’t like each other, but because they’d spent too much time together! The same principle can apply to driving. If you’re driving way too much, then you’ll begin to dislike being in the car. Of course, sometimes, you have no choice other than to power through and drive. But in many cases, you will have a choice. If you’ve been driving around too much recently, then look at taking a break. You’ll be running back to your car after you’ve spent a few days using public transport to get around!

As we said at the beginning of the article: it’s unlikely that you’d trade your car for anything. It just brings so much to your life! However, as we’ve seen, and as you’ve probably experienced yourself, it’s not as if driving is always as pleasurable as it could or should be. The good news is that it’s usually possible to mitigate the issues that compromise your driving happiness.